Honoring the History of Maritime Heritage! 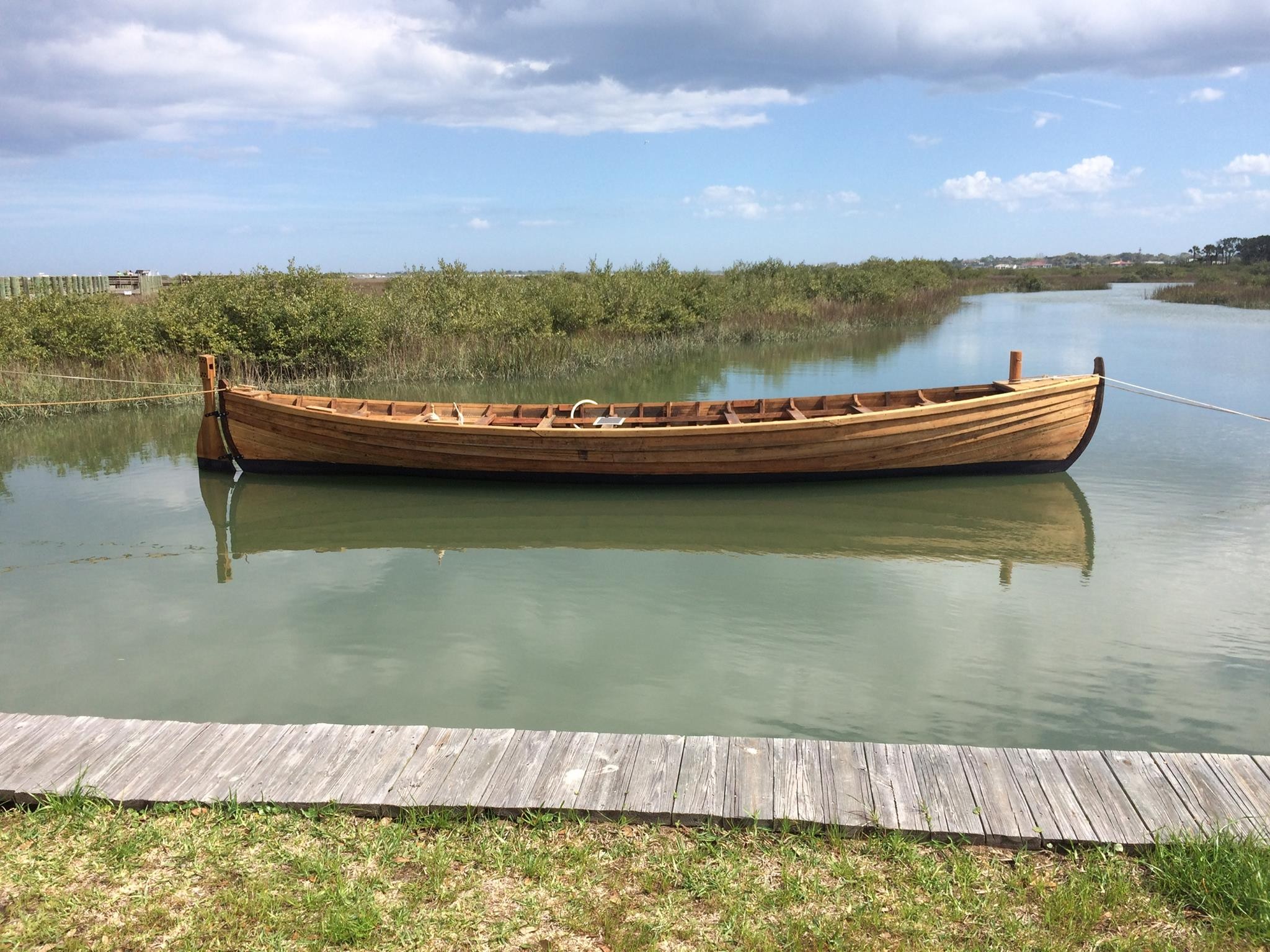 We Christened the Chalupa on March 22, 2015 at the Fountain of Youth!

In the 16th Century, the era of exploration developed at an intense pace. Columbus had discovered a New World and the kings of Europe wanted a piece of the action. The British, the French, the Portuguese, and the Spanish, in particular sent hundreds of expeditions across 2000 miles of ocean to explore and exploit the wealth of the New World.

The space ships of exploration at this time were hand-built wooden sailing vessels.  The focus of the Maritime Heritage Foundation of the Nation’s Oldest City, Saint Augustine, is the Hispanic stream of this exploratory impulse and the sailing vessels that served it.

In addition to the larger sailing vessels of the day, Columbus, Juan Ponce de Leon, Pedro Menendez de Aviles and many other early explorers used a utility longboat called a Chalupa in their endeavors. The Foundation has replicated this vessel as a symbol of the founding of Saint Augustine 450 years ago.

An essential part of this replica ship building project has been the re-creation of a 16th Century Boat Works on the grounds of the Fountain of Youth Archeological Park in Saint Augustine.  Constructed of local materials using the building types and methods of the times, the boatyard provides a proper historical setting for the ship building project. The boatyard consists of the boathouse (cobertizo), the boatwright’s house, and the Chalupa itself. The historical basis for the construction of the astillero comes from a 1587 map created for Francis Drake by Baptiste Boazio, an Italian artist living in London. This map depicts the June, 1586 raid on St. Augustine by Drake, and is historically important because it is the first map to depict the small outpost town of San Agustin, established a mere 21 years earlier.

An important resource for our boatbuilding has been the Lighthouse Archeological Maritime Program [LAMP] supported by the First Light Maritime Society. A number of our Board of Directors continue to be involved in the LAMP replica boatbuilding activity at the Lighthouse.  Dr. Sam Turner of LAMP has provided the historical research for the Chalupa project. 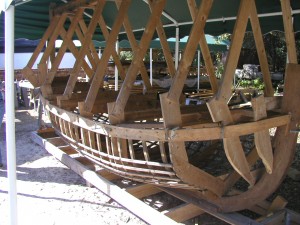 The boat building is done in public view using 16th Century tools and techniques, with certain modern modifications, to produce historically accurate Coast Guard approved seaworthy vessels. The construction will be in the following  1. the Boatyard;  2. the Chalupa 3. Boat wright’s Cottage and Garden. For more information on each of these phases please click on the link above or just below.

The Boat shed and the keel of the Chalupa are progressing well as the photo below shows: 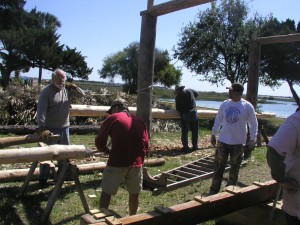 Volunteers in the boatshed with the keel